Prior to 1833, the village of Wilmington was located on "Old Hill" or Lisle Hill, just north from Main Street's four corners. After the Great Road from Brattleboro to Bennington was built in 1828, the village was moved downhill (circa 1833) to its present location, where residents could be closer to the water power of Deerfield River and the commerce generated by the new Windham County "turnpike."

Before the first mills were built about 1784, settlers were compelled to carry grain on their backs and on horseback twenty miles over the hills or even further down the Deerfield River for milling. Prior to the Civil War, Wilmington became a great cattle center, noted especially for the excellence of its shorthorn Durham cattle. Farmers came from miles around to area fairs to see and buy good stock.

In the mid-1800s, the hillsides were denuded by sheep farming and lumbering operations. The creation of Harriman and Somerset reservoirs submerged several small lumbering communities, flooding 2,200 acres of prime agricultural land.

Tightly arranged along the narrow Deerfield River Valley, Wilmington is a relatively intact example of a 19th-century Vermont village. A history lover's dream, Wilmington features more than 60 historic buildings and examples of 8 styles and periods of architecture ranging from Late Colonial to Queen Anne.

Typical of the village's architectural gems are the Crafts Inn, the massive wood-frame hotel on West Main Street, and the adjacent Memorial Hall. These Late Shingle-Style structures, built in 1902, are the work of America's foremost architect of the time, Stanford White. Some of the guests who registered at the Crafts Inn (formerly Child's Tavern) were President Taft and Admiral Perry.

Wilmington's red brick Pettee Library building on South Main Street was built in the Classical Revival style. Its front entrance, a classic portal with Ionic columns and a heavy oak-paneled door topped by a fanned window, is guarded by a sculpted Union soldier on the front lawn.

Wilmington is a true crossroads town. The heart of this old village (chartered in 1751) is centered along the historic intersection of Route 9 and Route 100, long-vital roads linking remote Vermont towns and villages north and south, east and west.
Wilmington is posthumously named after Spencer Compton (1), the former Prime Minister of England, along with the city of the same name in Delaware and North Carolina. The town and cities were named to honor him by Thomas Penn for his service due to his title as the Earl of Wilmington (England) which was extinguished when he died without an heir.
What is today The Wilmington Inn, started out as Joseph Courtemanche's newly constructed personal residence in 1894. Joseph Courtemanche was a French-Canadian immigrant who settled here, in the valley and became a successful businessman. He bought and ran the first electrical generator that lit the streets of Wilmington. In addition, he had a successful horse carriage business that was run out of what today we call the Carriage House. He built his house purposefully on top of a large hill that overlooked Main Street at a time when there were few trees to obstruct the view; it was assumed by many that he did this so he could look out above all of the activity of the town.
The property stayed as a private residence till 1953 through various owners. In 1953, Thelma & Wallace Sage purchased the property. In various records there is a reference to the property being listed as The Hill House but we were unable to find records to verify this.
During this time, the property consisted of 3 buildings (same as the present); the main building, the carriage which served as a barn & workshop & the shed which was a horse stable. In the main building, our present bar was a bedroom for the family. Guest rooms were located on the 2nd floor & the attic was converted to a shared room.
In 1956, the Sage family sold the house to Bruce Gavett where he raised his family and eventually turned it into the Gavett Lodge, a mecca for skiers at a time when downhill skiing was booming due to the invention of the ski-lift. Bruce Gavett was one of the Founders & General Manager of Haystack Mountain. Lola Gavett was the town nurse. One of the family members told us that the Gavett daughter was born in her parents' bedroom (currently our bar area) while guests were eating breakfast & heading out for the day!
The Gavett lodge had 4 guest rooms in the main house. Around 1960, Bruce Gavett renovated the main building & built the great room onto the building with a foundation that was previously set by The Sage family. Later in 1960, another addition was added behind the kitchen for additional housing for family. The average price of a room was $12 which included breakfast & dinner served family-style.
In 1971, The Gavett Family sold the property to Tim & Caroline Hartnett. The Hartnett family changed the inn's name to The Red Shutter Inn which served as the name until 2006. The family converted one of the suites into multiple rooms & had 8 guest rooms while the family lived on the 1st floor of the inn.
In 1979, the Hartnett family sold to Russell Crittenden who owned the property for one year before selling to Charles Jones & Loretta Klutsch in 1980. They owned the property until 1985 but made some significant changes to the property during their tenure. The carriage house was renovated from a barn to guests rooms which added 4 additional rooms to the property. The breakfast room was also added to the main building. Also during their ownership, a restaurant was opened on-site for the public. The restaurant stayed in operation through different ownership until it was closed after Hurricane Irene in 2011.
During the early 1980's, the property was damaged by two fires. In 1980, there was a kitchen fire & then in 1981 a fire started in a guest room. Thankfully all guests made it out safely. The Jones family sold the property in 1985.
Since 1985, there have been several different owners before we took over the property in 2017.
We took over ownership in 2017 & immediately began working on renovations to the property. We renovated the front deck, parking areas, event spaces & converted the innkeeper apartment on the 3rd floor to the Grey Lady Suite. Over the last 3 1/2 years, we have renovated a majority of the guest rooms & we are constantly updating the public areas while still keeping the charm on the inn.

On Sunday morning August 28, 2011, Wilmington residents woke up to what was supposed to be the tail end of a hurricane that was supposed to have run out of steam on its way up the Eastern Seaboard over New York City and across Connecticut and Massachusetts. Around 9 am, however, the Village of Wilmington began to flood. And flood. And flood until the entire downtown was 6 to 10 feet under water.

The flooding only lasted a few hours but what nature did in that short amount of time was unforgettable.

To follow are but a few pictures of the hurricane, taken by the innkeepers at The Wilmington on that morning.

Today, the town is back and better than ever but it still needs as much help in the form of patronage and foot traffic as you can spare. Many good businesses were unable to re-open or had to close shortly thereafter. So many great businesses stepped up and re-invested into building their stores and restaurants back, better than ever. We hope you will stop in and browse the wares while you are visiting our town. 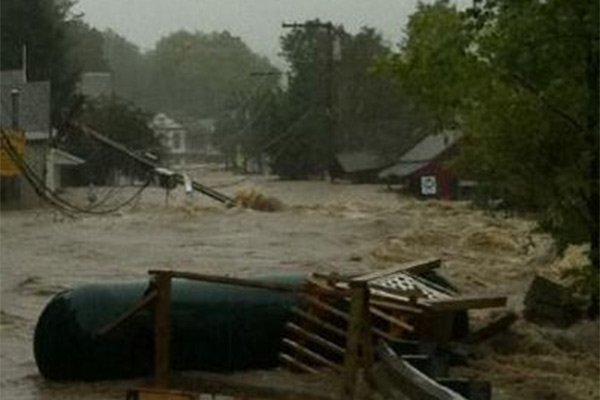 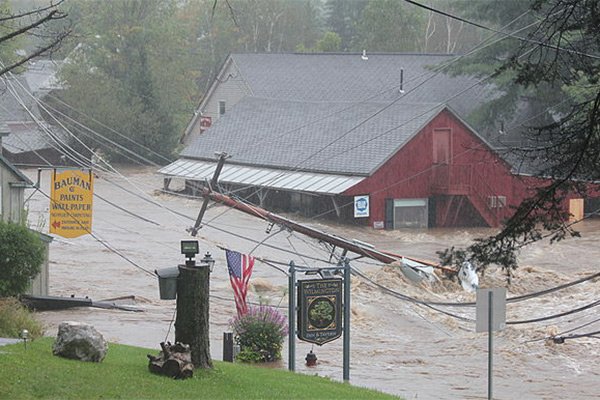 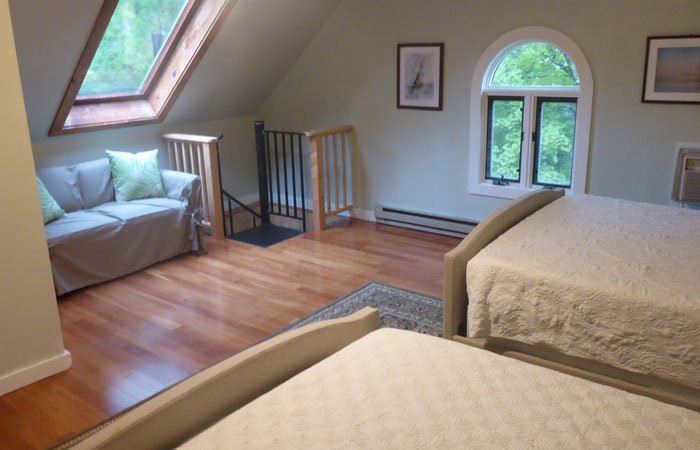 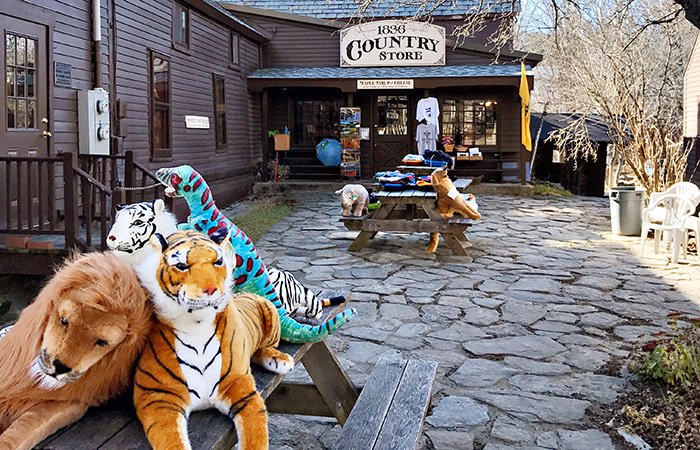 Our picturesque village, surrounded by beautiful rural mountainous countryside, is a shopper’s paradise offering a variety of unique and special merchandise. All four seasons are special here and many who come to visit end up staying for the natural beauty and rural way of life. Whether you are passing through for foliage, going to the neighboring ski resorts, spending time in the downtown shopping, or looking to stay for an extended period, we hope you enjoy Wilmington!